TAKING ADVANTAGE OF THE GOVERNMENT

The United States government spends the equivalent of Sweden’s economy each year on contracts with for profit and non-profit companies who provide goods and services. These coveted contracts provide income and jobs for millions of people; the government has a bidding process to ensure fair competition among companies interested in securing a contract. Competition also ensures companies provide their best price so U.S. tax dollars aren’t wasted on overpaying for goods and services.

Those who suspect a company is bid rigging need to take action to help ensure a level playing field and prevent taxpayers and consumers from bearing the higher costs caused by collusion. If you suspect your employer has colluded with other companies and has been involved in bid rigging, contact the skilled legal team at Price Armstrong for a free consultation to discuss the details of your case.

WHAT IS BID RIGGING AND HOW DOES IT WORK?

The exact bidding process for a government contract varies slightly based on the type of contract and the agency offering the contract; however, the process is very similar across agencies. Once a company does their homework, they must scour government contract websites for Requests for Proposals (RFP), Requests for Quote (RFQ) and Invitations for Bid (IFB). After a bid is submitted, the government takes up to 120 days to evaluate bids paying special attention to:

Bid-rigging can take multiple forms, all of which undermine market competition and cost taxpayer’s money. However, two federal laws exist to prevent and catch this type of fraud. When businesses collude, it results in oligopoly—when the market is shared by a small number or producers or sellers.

The Sherman Act of 1890 was the first federal mandate regulating monopolistic business practices and it still applies today. When any party deliberately attempts to defraud the U.S. government, a violation of the False Claims Act occurs. Both violations can result in suspensions, fines, and even prison. 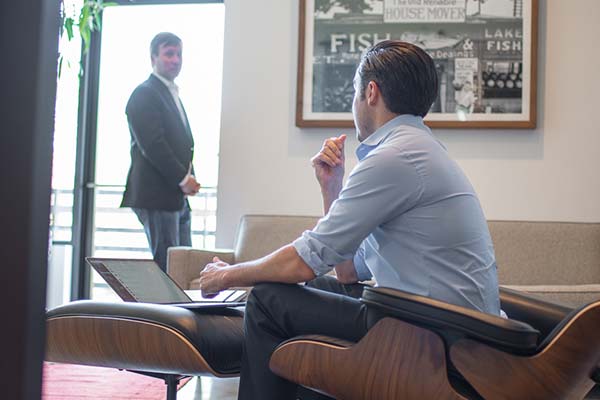 All bid rigging includes an agreement among some or all of the bidders which predetermines the winner by limiting or eliminating competition among those who have colluded. The U.S. Department of Justice (DOJ) divides bid rigging into four main types:

This occurs when one or more competitors withhold or withdraw their bids to ensure a particular company wins the government contract. Those who partake in bid suppression might use bribes, threats and violence to prevent bids on a particular contract.

These bid rigging schemes include a group of companies who take turns submitting the lowest bid. Those who collude might take turns based on the size of the contract, and split the money among the group or award subcontracts to non-winning contractors.

Many bid rigging schemes include subcontracting arrangements. A company might agree not to bid or to submit a losing bid in exchange for supply contracts from the winning bidder.

HOW TO DETECT BID RIGGING

Fortunately, when one looks closely or takes the time to explore, bid rigging is often easy to uncover. The DOJ recommends keeping your eyes open for the following things, which might indicate bid rigging:

Those who partake in bid rigging or other fraudulent acts against the government face penalties under the False Claims Act, a federal law which is the primary tool for the U.S. government to hold fraudsters accountable for their actions. The False Claim Act has a qui tam provision, allowing whistleblowers to receive compensation when their information leads to the direct prosecution of a company or individual involved in fraud against a government agency or other entity. In a qui tam lawsuit, the claimant can file a lawsuit on behalf of the U.S. government; if the suit is successful, whistleblowers can receive up to 30 percent of any money recovered for the government as a whistleblower reward. 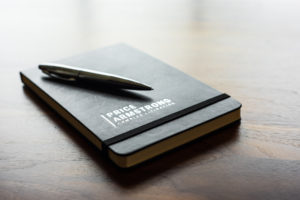 WHY YOU NEED A BID RIGGING WHISTLEBLOWER LAWYER

If you suspect a company has been engaged in bid rigging or collusion, you need to contact a whistleblower lawyer as soon as possible. A qualified attorney can protect you from whistleblower retaliation and guide you through filing a suit under the False Claims Act.

The skilled legal team at Price Armstrong maintain a commitment of excellence, including protecting whistleblowers and holding fraudsters accountable for their action to maintain the integrity of the competitive bidding process for government contracts. Our attorneys help bid rigging whistleblowers recover millions of dollars for the government and will aggressively pursue the best outcome for your situation.

Contact Price Armstrong at (205) 208-9588 for a free consultation to learn how we can assist you if you suspect your employer or another company has been committing fraud against the government through bid rigging.

If you have evidence of bid rigging, contact the attorneys at Price Armstrong. We can help you seek justice and protect your rights throughout the process. We represent clients nationwide with offices in Birmingham, AL, Tallahassee, FL and Albany, GA. Call us today at (205) 208-9588 for a free initial consultation and review of your case. Let us fight for you – call now!