Medicare fraud is the result of wrongdoers taking advantage of opportunities in our system for abuse, and is difficult to detect through standard auditing and monitoring. Those who work in the healthcare industry, and who have on-the-ground knowledge about fraud, play a pivotal role in ending the abuse that costs our system billions.

At Price Armstrong, we’re here to hold providers and organizations accountable for their fraudulent actions. Here’s what whistleblowers need to know about the different healthcare fraud statutes and the penalties associated with them.

WHAT IS HEALTHCARE FRAUD?

Healthcare fraud is a crime that involves filing incorrect health care claims in order to turn a profit. Within this broad industry, healthcare fraud can come in several forms, including:

Though the circumstances and scenarios of these types of fraud are diverse, they all involve a provider or healthcare entity attempting to collect more money from insurers or the government than is legal and fair. This type of abuse drives up healthcare costs for everyone and puts impartial medical decision-making in jeopardy. 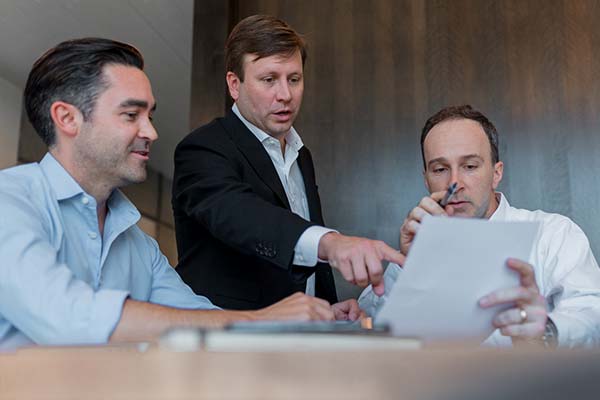 Medicare and Medicaid healthcare fraud are particularly fertile ground for opportunist fraudsters. Unlike private insurance, Medicare and Medicaid do not require preauthorization for expenses. With most private insurance, providers must preauthorize a healthcare expense before it’s performed in order for the insurance company to cover it. However, with the government healthcare programs, a provider can often administer care and other services to the patient without prior confirmation that it is needed and then bill Medicare or Medicaid. Common types of Medicare or Medicaid fraud include:

There are numerous statutes designed to punish Medicare fraud and outlaw a wide array of conduct. The following are the four primary healthcare laws and related penalties:

A civil penalty is a fine imposed for a violation of a law (like a parking ticket). Civil penalties or fines typically don’t require jail time, but in the case of Medicare fraud, can be severe. There are two primary laws to obtain civil penalties from defendants:

The Stark Law statute, with some exceptions, prohibits physicians from referring a Medicare or Medicaid patient for certain health services (like lab work or physical therapy) to any organization in which the referring physician has a financial relationship. It also prohibits those entities from submitting claims for payment to Medicare based on those forbidden referrals. The law is intended to prevent physicians from ordering unnecessary testing for patients that could increase healthcare costs.

The penalties and consequences for physicians and entities that violate the Stark Law can be incredibly costly:

Plain violations of the Stark Law do not require an intent to break the law. However, for civil monetary penalties, program exclusion, civil assessments, and False Claims Act Liability (FCA), the violation must have been done knowingly.

The False Claims Act allows private citizens, or whistleblowers, to sue any individual, or company that is deceiving the government or receiving reimbursement through government healthcare programs. Whistleblowers can receive financial rewards as well as job protection against retaliation.

The FCA covers submitting claims for procedures that were not performed and wrongful conduct like upcoding and unbundling. In short, the FCA makes unlawful the knowing submission of a false claim for payment to the government by a government contractor.

There are significant criminal and civil penalties for violating the FCA:

The government can also bring a criminal case against a provider or practice for violating certain statutes. These laws require that the prosecutor prove a level of intent or knowledge of the wrongdoing and can result in the conviction of a felony or prison time.

The Anti-Kickback Statute (AKS) is a criminal statute that prohibits providers from intentionally accepting or paying anything of value to induce the referral of Medicare or Medicaid business. Violating the AKS can result in:

There are numerous exceptions, called “safe harbors,” from AKS liability, which may otherwise give immunity to providers. An experienced Medicare fraud attorney can help whistleblowers navigate the complexities of laws like AKS.

The Social Security Act contains anti-fraud provisions related to Medicare and Medicaid. It prohibits false and fraudulent claims for payment as well as representations regarding a person’s eligibility to receive a benefit. Similar to other statutes it imposes civil monetary penalties and treble (triple) damages in some situations. It also includes a criminal enforcement provision allowing for five years in prison and $25,000 per violation.

WHAT IS THE DIFFERENCE BETWEEN A MISTAKE AND FRAUD?

The legal difference between fraud and a mistake is intent. This is common sense – if someone simply makes a mistake, we normally don’t think of them as a fraud. However, when a person knows that something is untrue, but represents that it is, they have acted fraudulently. That is why many of these statutes, and court interpretation of them, depend on the provider’s knowledge or imputed knowledge, that the claim is false.

These are examples of a provider or organization knowingly performing Medicare fraud:

WHAT TO DO ABOUT MEDICARE FRAUD

For those who know of and witness such fraudulent behavior, the path forward can seem uncertain and treacherous – navigating federals laws, regulations and procedures around fraud can feel overwhelming. But there are resources available to these whistleblowers seeking to navigate the complexity of healthcare fraud laws. One of the most meaningful resources is an experienced attorney familiar with federal healthcare law.

If you have evidence of past or ongoing Medicare fraud, contact the attorneys at Price Armstrong. We can help you seek justice and protect your rights throughout the process. Call us today at (205) 208-9588 for a free initial consultation and review of your case. Let us fight for you – call now!